I didn’t post yesterday as things were a bit manic. So here’s what happened

We took the Hartpury College Girls Rugby Academy for a session at Reebok CrossFit Glevum. THEY LOVED IT! They ran through a 2 round chipper of:

They just put their heads down and did the work in teams of 5. PROUD

I visited Twickenham today for a conference based around strength training for adolescent athletes. The 2nd half of the day was far better than the morning with Matt Lovell talking through diet and hydration, then Neil Taylor talking through lifting and then some wrestling with LJ, a very strong female rugby player and MMA fighter from Bristol. Fun afternoon.

My training from yesterday and today looked like this:

I didn’t really feel up to much after 5 hours of driving and knowing I have to max out tomorrow, so I kept the volume really low…REALLY LOW! Stoked with a double at 100 too!

How would you program for these guys? The rider not the horse!! 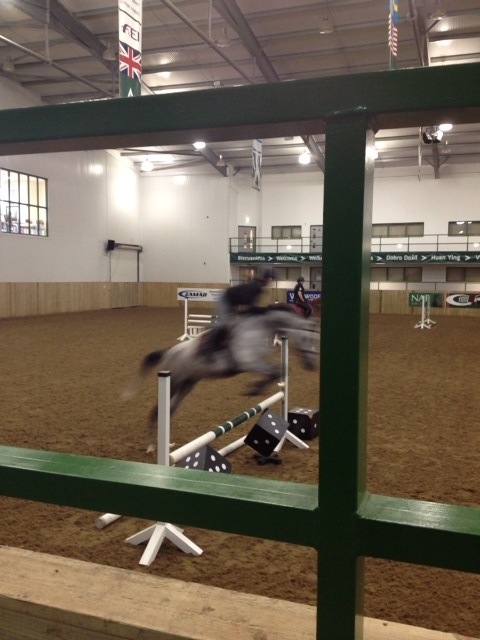 When the 45 players arrived they were all a little worried. Some of them had heard of, or seen a CrossFit WOD before and the rumours of what the morning would entail spread like wild fire! Due to the fact that the majority of these guys had only been with us for a week and hadn’t received much coaching we were limited with what movements we could give them. We split them into 5 heats of 9 athletes and they did the following:

Then in the remaining time

The boys all worked hard. They judged each other and they were freely ‘NO REPPING’ anything sub standard! Jon Hares would have shed a tear!

After the final heat; I got asked ‘Is this place open all the time?’ and  ‘How much is it to join?’ They had been bitten by the bug!

I then informed them that the top 20 performers from the WOD would battle it out in an other…there were no complaints!

The final WOD was:

On a continuous 6 minute clock:

1 minute of burpees for max reps

Again, the 20 boys busted a gut and performed really well. One smashed out a MASSIVE 82 calories on the rower! I could hear plenty of ‘NO REP’ during the wallballs as they tired.

All in all, the morning was a huge success! The boys got to bond and I got the conditioning that I wanted from them. Plus they are all now talking about how we are going to incorporate CF into our program at the college during the season!

Thanks to Dan for opening his door to us. If you are ever in Gloucestershire, I highly recommend dropping in to CrossFit Glevum. It’s BOSS!

I’ve been waiting for this day for 2 months. Our Senior Rugby Academy return to college today to start the pre-season camp.

They have been lifting & running since the start of June, now I finally get my hands on them! It’s a testing week this week – seeing exactly who has been following the program whilst they’ve been away. The REAL fun starts next week! I’ll post more then…I don’t want to give too much away!

Over the next 3-4 weeks we have another 4 different squads coming back. By August 20th we have 185 athletes back…it’s gonna by busy but great fun…as long as the weather holds!

I’ve said it before and no doubt I’ll say it again, I.Love.My.Job.

Everyday I get to work with people who want to make themselves better in their chosen sport. Mostly, they come to me having had no expose to strength and conditioning let a lone a gym or barbell. The words squat, deadlift and Olympic lifting all draw blank, and in some cases very worried, looks from the prospective athletes. Within months, through their own hard work and application end up doing things they never thought possible! None more so than the Girls Rugby Academy that I work with. Some come into the Academy able to control their limbs. I mean, watching them running is like watching Bambi learn to walk!

Last night I was involved in the Hartpury College Girls Rugby Academy presentation evening where I gave out an S&C award. The award was to be given to the girl who most ‘bought in’ to the program not just who was putting up the biggest numbers. The winner had to show a great attitude, apply herself in every session…doing any extra work required, taking responsibility for her lifestyle and recovery. It just so happens that, this year, the winner was also one of the stars in the gym. By March 2012 she  back squatted 95×5, front squatted 75×5, power snatched nearly 50kg and push pressed 55×5…after only starting to lift in September 2011 and the girl is just 17!

We also got to celebrate the fact that 5 of of girls represented England U20s, most were 17 years old winning their first cap! In fact, today, there is a U20s training camp where 3 MORE of our girls are attending! I’m proud to be associated with these girls. They all work extremely hard to represent their country in a sport that isn’t going to give them any financial reward. GREAT WORK GIRLS! 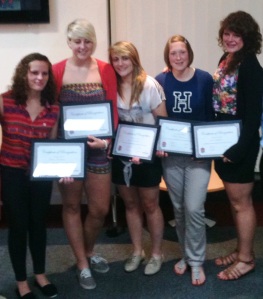 Did I mention I love my job!?

A blog about personal transformation and fitness

Strength & Conditioning for The Dedicated

Your Workout is Our Warm-Up!

We're all on one

News from the center of the weightlifting world, Wichita Falls, Texas!

Sponsored by The Feed Me Company